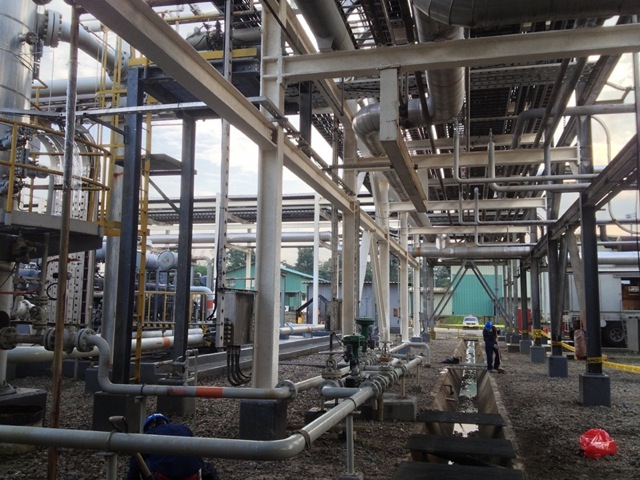 Albi Clad 800 was chosen as the preferred product to fireproof pipe racks within an operating refinery. The application was done from late November 2012 through March 2013. The project consisted of the removal of in-place high density cementitious fireproofing which had degraded and surface prep to the steel once the fireproofing had been removed. The pipe racks were then primed followed by the application of the Albi Clad 800.

The 800 was selected as the product of choice to provide long term, in-place fire protection minimizing the need for a maintenance program. It was also chosen as the best material to minimize disruption to the operating facility and helped shorten the scheduled maintenance shutdown. The contractor was able to work on defined sections of the pipe racks without impacting adjacent work being performed by other trades thus allowing for a well-managed schedule.